The team at What More UK regularly donate to charity, and completing their latest challenge enabled them to smash their target of £15,000 for Derian House, the local young people’s hospice. Through completing the National Three Peaks Challenge, the Wham Team have raised an outstanding £18,846 for the charity.

Last year, staff took on the tough Yorkshire Three Peaks, and this year Team Wham decided to push themselves further and take on the National Three Peaks Challenge, the three highest peaks of Scotland, England and Wales. They successfully climbed all three peaks in just under 25 hours, a staggering achievement with time lost due to M6 closures!

The team challenge was to raise funds for Derian House in Chorley. This is a hospice doing fantastic work providing respite and end-of-life care to more than 450 children and young people across the North West – 24 hours a day, seven days a week. Derian House only receive 17% funding from the government, but services cost £5.7 million to run every year, so they really appreciate all donations.

I’m so proud of everyone involved. A massive thank you must go to the team members, John Clayton, Lee Morris, Matthew Hand, Sarunas Silinis, William Moat, Tomasz Bulandra, Tomas Zablackas, Lukasz Werner and Marc Barratt, who have given up their time and trained in all weathers, ensuring their fitness for the challenge, plus Lionel Simmons and Carl Hughes, who supported the team during the actual challenge. It was a very tough day but we made it!

We’re so thankful for the team at Wham for their tremendous challenge, and for raising such a fantastic amount of money!

This is an incredible amount and I’m so proud of all the team – we were behind them all the way. That’s over £30,000 raised in two years – really amazing. I want to know what’s next! 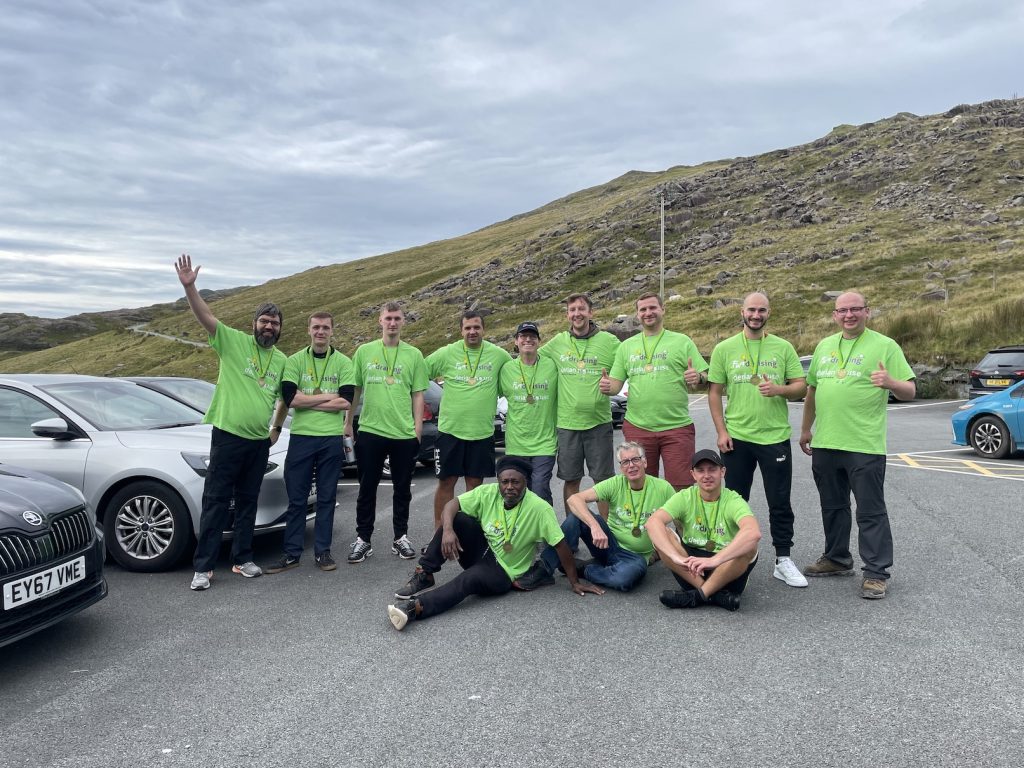 Team Wham appreciate every donation, and if you would like to show your support to the team, please take a look at their JustGiving page www.justgiving.com/fundraising/what-more-uk-derian-house

More can be seen about the amazing work of Derian House here: www.derianhouse.co.uk