We are very proud to announce that Ben Wadeson (National Account Manager), Father, retired Fireman Ken, aged 71 and brother Danny who flew in from Washington successfully completed the Three Peaks Challenge. We knew they’d do it, his sibling rivalry worked!

Despite a heat wave hitting the UK on Friday, Ben and family set off to ascend Ben Nevis at 7pm Friday evening at a balmy 30 degrees.  Completing the first Peak closer to 11.00pm than they would have liked. Taking a moment to photos of the stunning views along the way, and after a long descent they set off in the car to make the 6 hour car journey to Scafell Pike in Seascale. Seeing sunrise as they arrived, Scarfell Pike was a slightly cooler but a lot steeper ascent! Scarfell is probably the toughest terrain wise out of the 3.

Taking to the car once more for a 4.5 hour journey to the stunning mountain that is Snowden. A cloudier atmosphere meant the views were completely obscured for their final peak. A slightly more forgiving yet lengthy climb and head torches where required on the way down.

Ben said: “I now have a new found respect for people who climb these peaks either individually or collectively. The real positive was to raise money for a local worthy charity and spend some quality time my Dad and brother.” 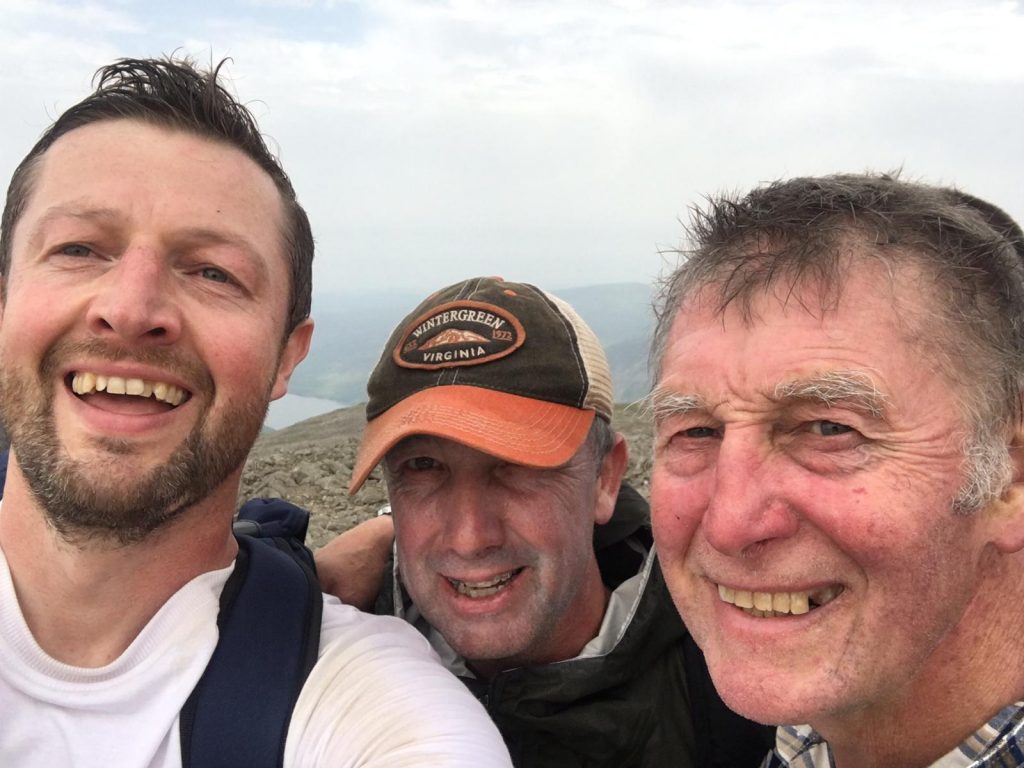